Most of these recipes, however, call for a bit of grunt work—mainly, grinding up the cauliflower to use in the first place. If you have a high-quality food processor or blender, this likely won’t prove too large of a challenge for you. But for those of you without…get out the grater and start working your arms as you tirelessly grind away to get the amount of grated cauliflower you need.

Fortunately, food markets have recognized this cauliflower trend and adapted accordingly. Thus, the creation of cauliflower flour, now sold in common grocery stores nationwide. Now in its flour form, using cauliflower in your baking recipes is easier than ever. Plus, there are tons of awesome health benefits, too.

It sounds a little ridiculous when you say it out loud: cauliflower flour. Once you get over the strangeness of it, however, it has a rather nice ring to it. The same can be said for food made with it. A little different at first, but really quite tasty.

But what exactly is cauliflower flour? How does that even work?

Much like how common flour is made of ground-up wheat, the same applies to cauliflower flour. While for some classic recipes, there was a time you can grind up the cauliflower pretty thin. But, the cauliflower flour now found on the market is ground as finely as regular flour so that you can make it just as commonplace.

Getting ahold of cauliflower flour is now surprisingly easy. You can find this healthy alternative in grocery stores across the United States, and you can even order it online from websites like Amazon.

Top 4 Reasons to Use Cauliflower Flour 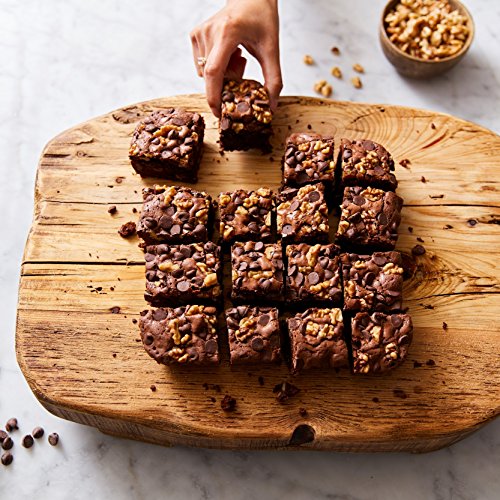 Gluten has recently been made into a nemesis of the dietary world. Gluten is targeted as one of the primary fattening ingredients in foods in the modern world, as well as the cause of certain types of acne and other health-related issues. For this reason, many have chosen to distance themselves as far as possible from gluten products.

And then there are those who actually can’t have any form of gluten at all. The severity of gluten-intolerance and allergies vary, but some people can’t even stand to touch something that was once touched by gluten without having a reaction. For these individuals, in particular, alternatives without gluten are incredibly important and necessary.

Gluten-free recipes and alternatives have become more and more common in recent years, not just on the internet, but in real, physical stores and restaurants, too. Unfortunately, many of these gluten-free products are unsatisfactory to those who have been raised on and conditioned to like gluten their entire lives.

That’s where cauliflower flour comes in. Not only is cauliflower gluten-free, but it’s also quite tasty as well. And because of the easy 1:1 swap out ratio, you won’t have to fiddle around with your favorite recipes. 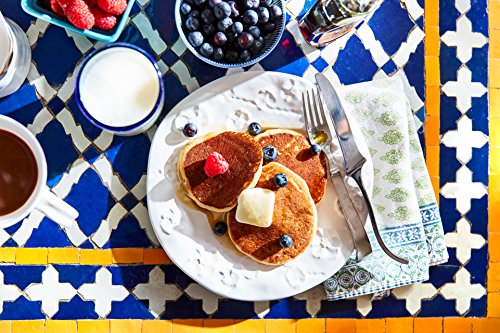 The next reason you should make the switch to cauliflower flour is that it’s low carb.

If gluten is a nemesis of the dietary world, then carbs are its arch enemy. Carbs have long been attacked by nutritionists and health-enthusiasts alike. Carbs, sometimes more than fats, are largely responsible for weight gain and create poor dietary habits.

This is not to say that all carbs are bad, which is a common misconception. Carbs or carbohydrates (their more official title) encompass starches, fibers, and sugars.

Some carbohydrates are simple, like those found in fruits and other naturally occurring sources of sugar and the like, and can be easily broken down by your body and converted into energy. The other category of carbs, complex carbohydrates, are a different matter. These are what is found in highly processed foods like candy and other foods.

While this processing gives the products a longer shelf life, it does so at a cost to your health. Just as simple carbohydrates are easy for your body to break down, complex carbohydrates are more difficult for the body to break down because of their complex nature. So, instead of being converted into energy, they are converted and stored as fat until the body decides it is time to break them down. This storage frequently leads to unhealthy weight gain.

So, the fact that cauliflower flour is low-carb is pretty appealing. The processed nature of traditional flour can make it pretty carb-heavy, so it’s nice to be able to find a proper alternative. Be sure to check the processing levels of whatever cauliflower flour brand you choose, though, to ensure that in addition to being low-carb, the carbs it does have are healthy carbs. 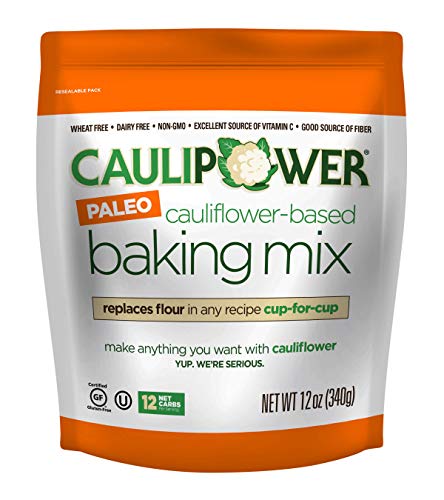 We’ve lightly touched on this before, but now let’s delve into just how versatile cauliflower flour actually is.

Cauliflower flour is a great alternative to use in essentially any recipe. The 1:1 conversion rate means that when you swap out traditional flour for cauliflower flour, the rest of the recipe can stay the same in all its proportions, so no arduous arithmetic is required.

And by any recipe, we really do mean any. There are, of course, the traditional uses that started the whole trend in the first place, more savory options like pizza crusts, pasta, and toast. The finely ground nature of cauliflower flour, however, opens up a whole new world of possibilities.

Last but certainly not least, cauliflower, and by extension cauliflower flour, is actually pretty tasty!

As we addressed above, one of the biggest problems that a lot of gluten-free products have is that they don’t actually taste that good. It’s not just that we’ve been conditioned to like the taste of gluten, it’s also that the texture and density of the foods are also affected when that airy gluten is removed. If you’ve ever had a particularly dense gluten-free brownie, then you know exactly what we’re talking about.

Luckily, thanks to traditional flour alternatives, you can replace your old flour from recipes rather than removing and working around it. Of course, cauliflower and wheat don’t taste the same, so foods made with cauliflower flour won’t taste exactly the same as those made with regular flour.

But that’s okay! There’s nothing wrong with a little new flavor and variety in there. Variety is, after all, the spice of life.

When you first try your recipes with cauliflower flour, try not to think of your meal as one that you’ve already had and go in with expectations of it tasting the same. Rather, try to think of it as a new and exciting dish that you’re having for the first time. Which, technically, you will be.

The natural cauliflower flavor is great for incorporating into more savory dishes, but that doesn’t mean that cauliflower flour can’t be used just as well in all your sweet baking projects. Try it out the next time you make a batch of cookies. You’ll be pleasantly surprised with the outcome!

Now that we’ve gone over all the reasons that you should use cauliflower flour, let’s take a moment to discuss how you should use it in the form of fun and tasty recipes.

Try using cauliflower flour to make all your favorite carb-heavy staples, like bread, pizza crust, even tortillas. The result will be tasty and better for you, so it’s definitely a win-win situation.

For more ideas on what to use your cauliflower flour in next, check out this list of helpful recipes.

Get the Latest News